Actor and comedian Gregg Wayans, of the hit Bounce TV series My Crazy Roommate, has joined LA Clippers basketball star Blake Griffin in a hilarious new 60-second commercial for video-game marketer GameFly. The spot, which features Griffin flying around a living room attached to a jet pack, while describing the GameFly service to an astonished Gregg and his friend, is the latest achievement for this talented young personality. Gregg is about to complete his first season on My Crazy Roommate, where he plays the role of Sloan Simmons. The season finale, set to air Monday, December 16 at 10 PM Eastern, 7 PM Pacific time, on the Bounce TV Network, has established Gregg as someone to watch as his career continues to grow.

His work on this program has led to Gregg’s name being entered for consideration as a 2014 NAACP Image Award nominee, in the category of Outstanding Supporting Actor In A TV Series. As a proud nephew of the legendary Wayans Brothers, Gregg continues the tradition of the “First Family Of Comedy”, that reflects a generation of making audiences laugh out loud. Gregg has been interviewed on numerous news and talk shows, and is the subject of this month’s cover feature in the popular online Prestige Magazine.

The Gamefly commercial is currently airing nationwide, and has received over 21,000 YouTube views since its December 6 release. You can watch it online by visiting http://youtu.be/1OD7bWGoN9Y. Gregg Wayans’ Prestige Magazine cover and story can be viewed at http://prestigemagazine.net/december-2013-issue-ft-gregg-wayans-and-kearran-giovanni/. To discover more about My Crazy Roommmate, go to http://www.bouncetv.com/shows/my-crazy-roommate.

Papi Chulo RADIO and PUSH FORWARD with Marshall Evans are proud to welcome popular LGBT blogger and TV host Waddie Grant and veteran LGBT journalist, radio personality, and playwright Nathan James to the Papi Chulo RADIO family. Grant and James will be joining host Marshall Evans and his talented cast on the informative PUSH FORWARD program, which highlights news, politics, and current affairs. The show airs online at 7 PM Eastern time every Thursday, with noon rebroadcasts on Saturdays and Sundays.

Host Marshall Evans is a prolific writer, radio personality, and Broadway actor whose vision of communicating with the world is realized with PUSH FORWARD. A self-described “super nerd”, Evans is also the owner of thaxxxlist.com, a gay-interest website, and a founder of ONYX Northeast, a gay leather group. His interest in LGBT affairs has led him to create these and other projects for and about the community. He is the recipient of advanced degrees from Columbia and Rutgers Universities, and continues to be an outspoken advocate of LGBT causes.

Blogger, advocate, and TV host Waddie Grant is the creator of the widely-known G-List Society, a compendium of all things black and gay. Waddie says the G-List Society is part of his “passion for creating an informative voice for LGBT people of color through online media”. The site features news, reviews, gossip, and videos for LGBTs and other interested parties. Grant’s annual Black LGBT Power 100 list is a “who’s who” of black gay America, and his keen eye for pop culture keeps us all updated. Grant comes to PUSH FORWARD with a wealth of knowledge about the entertainment industry, and is never shy about “dishing the tea” on celebrities. Visit http://www.glistsociety.com to discover more about Waddie. 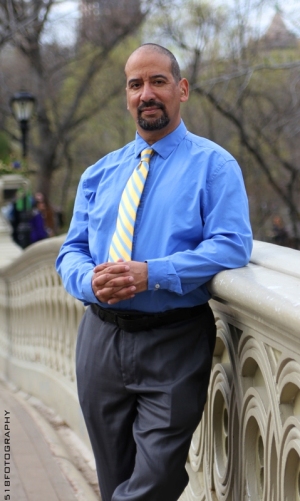 Nathan James is a veteran writer who has covered the LGBT community for over a decade, and currently serves as Executive Editor of GBM News, a multimedia (print and online) LGBT resource. He also reports for IKONS and DBQ Magazines, and is a recurrent commentator on WWRL 1600 AM’s Out and About radio talk show. James recently starred in the AB Films short-subject feature, Noise, and is developing two plays for New York City stage runs in 2014. James is pleased to join PUSH FORWARD, where he will report on LGBT news and politics. You can read Nathan’s work at http://www.gbmnews.com

Papi Chulo RADIO is the online home of PUSH FORWARD with Marshall Evans, and a plethora of other shows. Directed at both mainstream and LGBT audiences, Papi Chulo RADIO seeks to uplift and entertain every day, with real-talk radio that leaves nothing to chance! Tune in at http://www.papichuloradio.com

UGG is the Official Sponsor of IndustryEventWire.com 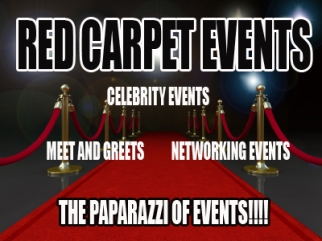